We stock a comprehensive range of the Macmillan hardback classics, beautifully illustrated with quality fly leaf covers and ribbon bookmark.

Please ask if the title you are looking for exists in this format.

Not just poems, but words of wisdom and solace for a whole range of spiritual ailments. A lovely thing indeed.

This is due as a paperback from September 2020. Currently out of stock in hardback, please check for availability. 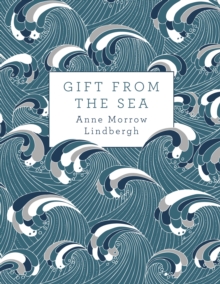 'Quietly powerful and a great help. Glorious' Emma Thompson 'Women need solitude in order to find again the true essence of themselves.' Holidaying by the sea, and taking inspiration from the shells she finds on the seashore, Anne Morrow Lindbergh meditates on youth and age, love and marriage, peace, solitude and contentment. First published in 1955 and an instant bestseller, Gift from the Sea's insights - into aspects of the modern world that threaten to overwhelm us, the complications of technology, the ever multiplying commitments that take us from our families - are as relevant today as they ever were, perhaps even more so.

The Art of the Glimpse (hardback, October 2020)

An anthology of the very best Irish short stories, selected by Sinead Gleeson, author of Constellations. There have been many anthologies of the short story as it developed in Ireland, but never a collection like this. The Art of the Glimpse is a radical revision of the canon of the Irish story, uniting classic works with neglected writers and marginalised voices - women, LGBT writers, Traveller folk-tales, lost 19th-century voices and the first wave of 'new Irish' writers from elsewhere now making a life in Ireland.

How Should One Read A Book? By Virginia Woolf

Where are we to begin? How are we to bring order into this multitudinous chaos and so get the deepest and widest pleasure from what we read?'Published for the first time as a standalone volume, Virginia Woolf's short, impassioned essay, How Should One Read a Book? celebrates the enduring importance of great literature. In this timeless manifesto on the written word, rediscover the joy of reading and the power of a good book to change the world. One of the most significant modernist writers of the 20th Century, Virginia Woolf and her visionary essays are as relevant today as they were nearly one hundred years ago.Features a new introduction by Sheila Heti.
SKU:
More Details

Can't find the title you were looking for? Let us know, we'll research it for you and e-mail you back.

Signup for our newsletter
© 2021 Books Paper Scissors. Made by Glaze